Can we say the F word please?

And if Edison hadn’t kept discovering all those ways that didn’t work, it may never have led him to discover a way that did. The electric light bulb might not have been invented. Imagine how different life would be.

The point is that failure is part of life; it’s part of the process that enables us to discover new things and therefore it’s part of innovation. If something is genuinely new it’s likely to fail because no one has done it before. You cannot be innovative without failing. So get used to it. In fact I think deliberately failing should be part of any innovation programme.

Charities are especially afraid of taking risks. They are afraid of being seen to waste donors’ money. I would argue that if an organisation does not take risks and does not invest money in the development of great ideas for increasing the size and scale of its work, then it is not doing the very best it can for its donors, or its beneficiaries. I actually think that, in a competitive marketplace, unless you have something that makes you different from the competition it’s more risky to be the same as everyone else.

Because we don’t like to share failure it’s really hard to find examples of where things have gone wrong. Failures tend to get swept under the carpet and for every failure that isn’t shared a huge amount of learning is wasted.

One person who is bold enough to share failure is Richard Turner, former director of fundraising at ActionAid. He told me about ActionAid’s ‘What a Feeling’ campaign that failed earlier this year. He wanted to say what happened and what was learnt so that other organisations don’t repeat the same mistakes.

On blue Monday, the second Monday in January and officially the most depressing day of the year, ActionAid in the UK launched ‘What a Feeling’. Prompted by the high attrition rates of face-to-face recruitment, the aim of the campaign was to attract new supporters and get them really involved.

The idea came from meeting supporters. The team deliberately got a diverse group together to hear them talk about ActionAid. What stood out was the way they spoke about what they gained. This tallied with the anecdotal comments from supporters when meeting fundraisers; as a result of donating, fundraising, or campaigning for ActionAid, supporters would frequently describe their feelings. Therefore it was decided that this would be the basis of the campaign - real supporters sharing their real feelings to encourage other people like them to sign up to help ActionAid.

The campaign ran over two months and focused on London and the South East of the UK. It used a mix of media ranging from press, inserts, adverts on the London underground, radio, digital, social media and PR. The supporter care team was trained in social media specifically for the campaign.

Check out the What a Feeling video used below 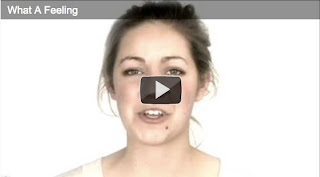 Despite the conviction of Richard and the fundraising team that they were onto something great, the campaign failed. ActionAid didn’t reach the targets for sign ups to new direct debits. They missed them by a mile. But there were some interesting results, for example a surge in website traffic and take up of people wishing to go on overseas challenges (called First Hand Experiences) at a time many charities have reported a decline. But this was not enough.

Why did What a Feeling campaign fail?

• More time should have been spent on understanding why attrition was increasing and the cost of acquisition was rising (i.e. the underlying causes not just acknowledging the symptoms).

• The general public simply didn’t believe that real people were talking about their feelings (they were).

• The campaign didn’t have a strong enough link to ActionAid’s work and the people it works alongside.

• Great conversations took place on the phone to follow up leads, but the campaign simply didn’t generate enough leads in the first place.

• There was internal pressure to deliver the campaign, as well as to bring in income in the short term. Financial measures were applied but in retrospect the campaign should have been measured for return on engagement rather than the traditional return on investment. It was more a relationship-building exercise than a way to raise more money.

• ActionAid started big, an initial smaller scale approach to inform and develop a larger campaign in the long term would have worked better.

• Because of quick timescales there was less buy in from stakeholders, both by senior staff and those responsible for delivering it.

What did you learn?

• It is crucial to spend time really understanding the challenge you are trying to solve, time spent at the beginning of a campaign will pay off hugely in the end.

• Minimise risk by testing and piloting on a small scale, make refinements before scaling up.

• Be clear on what you are trying to achieve, the What a Feeling campaign was about engagement but it had immediate financial measures. In hindsight, based on those measures, it was set up to fail.

• Build failure, refinements and changes into the development process.

• Get buy-in for your idea and spend time getting the right people on board.

• You need individual and organisational support to make ideas happen.

• The campaign could have been more strongly rooted in the cause and the people that ActionAid work with.

It really is all about engagement

Subsequently Richard did some reading on how marketing is changing which gave some more food for thought about the What a Feeling campaign. He says, ‘I now understand the full nature of the problem. I feel a bit like a doctor who having heard of the symptoms now knows the cause.’

Simply put, Richard had a revelation: the way people decide how to spend their money has changed. Shouting about your product and broadcasting about you is not what customers or donors want to hear. Think about it. Nowadays a lot of people shop online and before they buy they ask their networks or will do a search and, even then, most of them look at customer recommendations. This is why the days of traditional forms of broadcast marketing are in decline and the interactivity of social media networks is becoming increasingly important.

Why should giving to charity be any different? People want to know how what you do is relevant to them and how it will make them feel to be involved; and most importantly how it will help them to feel good. It’s now about connection and being recommended. Your brand, your reputation and what you stand for are more important than before. You have to live and breathe your brand values.

Your people are your brand. So ActionAid were onto something with What a Feeling.

The challenge now for ActionAid is to learn from What a Feeling and to develop the concept into a successful campaign. Often people and organisations want to forget about failure. That is risky. This is the biggest failure of all. Failure gives us all a springboard for success. What we need to do is carry on and even fail again.

I’d like to give a heartfelt round of applause to Richard for being so open about the failure of a campaign he was very much involved in. I hope that sharing his experience will help us all learn, as well as encourage us to be more open about failure in order that we can ultimately all fundraise more effectively for the causes that we are passionate about.

Does anyone else want to be brave and share his or her stories of failure to help prevent others from duplicating your mistakes?