What can fundraisers learn from Steve Jobs? 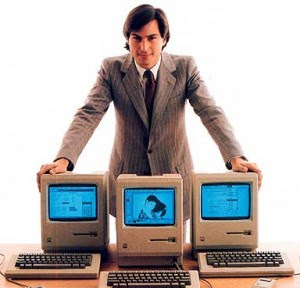 In the 56 years he was on the planet Steve Jobs made a difference to the world. He changed the way we think about technology, from the first ever Macintosh personal computer to the development of tablet computing with the iPad. He changed the landscape of the music industry with iTunes and the iPod and led the development of smartphone technology with the iPhone. So given that making a difference is a fundamental of fundraising, I’ve picked out some of Steve Jobs attributes that I think you can apply to make a difference to yours.

Steve said, ‘Focusis saying no to a thousand things.’ Your efforts should focus on the activities where you will make the most difference. So perfect the art of gracious and firm rejection because saying no to the activities that won’t help you achieve your targets is as important as saying yes to the ones that will.

Steve did what he loved. He believed that the only way you do great work is if you love what you do. As a fundraiser you have to be passionate about your cause. Sometimes, after a rejection letter from a funder, a difficult conversation with a volunteer, or a pitch that fell flat it can be easy to lose sight of why you do the job you do. So you need to build up a personal collection of inspiration to remind yourself why you are here. Make time to visit or call your beneficiaries and see the difference you are making. Collect stories and write them down, share them at team meetings, refer back to them, keep those special thank-you letters somewhere close. It’s as important for you to know that you are making a difference as it is for your donors. And if you can’t get passionate about what you are doing you are in the wrong job.

In his 2005 commencement speech Steve talks about joining dots, or making connections. He tells a story about how dropping out of college gave him the opportunity to drop into classes he was interested in; the courses he was passionate about. He joined a calligraphy class. At that point in his life calligraphy had absolutely no practical application for Steve, it was only 10 years later when designing the first Macintosh it came back to him. Personal computers might not have the wonderful typography that they do today if he hadn’t been captivated by that calligraphy class.

Steve said, ‘Part of what made the Macintosh great was that the people working on it were musicians, and poets, and artists, and zoologists, and historians who also happened to be the best computer scientists in the world.’

You can only join the dots looking back. So it’s important that you deliberately make connections now, as the more experiences you have, the more you will be able to combine to bring new perspectives to your fundraising.

Steve was a perfectionist. I don’t think it’s possible to be perfect in every area of your work, so focus on the things you do well and then be the very best at them. Play to your strengths. Aim to do at least one thing better than anyone else, for example, thanking donors, running events, or developing volunteers. Tweak other organisations imperfections to make them perfect for you, Steve did.

Despite Steve’s quest for perfection, Apple release versions of non-perfect products that they test with their customers and are then quick to make changes and improvements based on customer experience. How many of your projects fail to get off the ground because you are waiting for perfection? Life isn’t perfect and neither are we, so expecting that a new product or service will be perfect the first time makes no sense. Test on a small scale, learn and make changes. Aspire to perfection and value your journey to get there.

He got fired from the company that he started. That’s pretty rubbish by anyone’s standards and it was very public. But he bounced back, started two companies, Pixar and NeXT, which somewhat ironically were bought by Apple and facilitated Steve’s return. So he failed. But more importantly he had determination, resilience and some may say arrogance to brush himself off and get back in the game. Your fundraising may not always work out first time round, even some of the biggest successes took years to get off the ground. Macmillan Coffee Morning started in 1990 and took years to establish. The key is being brave enough to try something new and to accept failing as important learning to drive your fundraising onto greater success.

Apple product design is about simplicity. No product is any more complicated than it has to be. How often are you working on a project that seems over complicated? Keep projects simple, keep messages simple. Think about campaigns like Make Poverty History and the NSPCC’s Full Stop Campaign.

Steve was a great storyteller; he used visuals and descriptive words to take people on a journey into the world of possibility. He didn’t describe the product, he painted a picture of the benefits, the iPod isn’t an MP3 player. It’s a thousand songs that fit in your pocket. That’s what you must do for your donors. How can you tell stories to help donors visualise the world of possibilities that they are helping to create?

‘If you ask people what they want, they will ask for a faster horse.’ OK so Henry Ford said that, but I think Steve would have said it first if he had been born in time. Steve disagreed with focus groups because he felt people would not have the ability or vision to know what they would want. Instead he looked to the future to what people didn’t know they wanted yet, and created the need. Did you know 10 years ago that you needed an iPod? No me neither – but turns out I did. How can you get real insight about what your donors want that will help you develop what they will want in the future?

Exceptional customer experience is a core element of Apple’s brand. Buying a product, either online or in store, is designed as an ‘experience’. Apple is a loved and trusted brand, with real brand loyalty. Would your donors queue at your office for your latest fundraising pack, like Apple customers queue up at Apple stores for the release of the next iPhone? How do you develop an equivalent donor experience and keep donors coming back for more?

In a world in which we are bombarded with information, the only thing that sets you and your organisation apart from your competition is the ability to interpret that information in a different way from everyone else. Steve thought differently and, for me, this advert from 1997 sums it up.

So love him or hate him, the fact is in the short time he was here, Steve Jobs put a dent in the universe. He made a difference. And now it’s your turn.
Posted by SOFII at 17:57 2 comments: